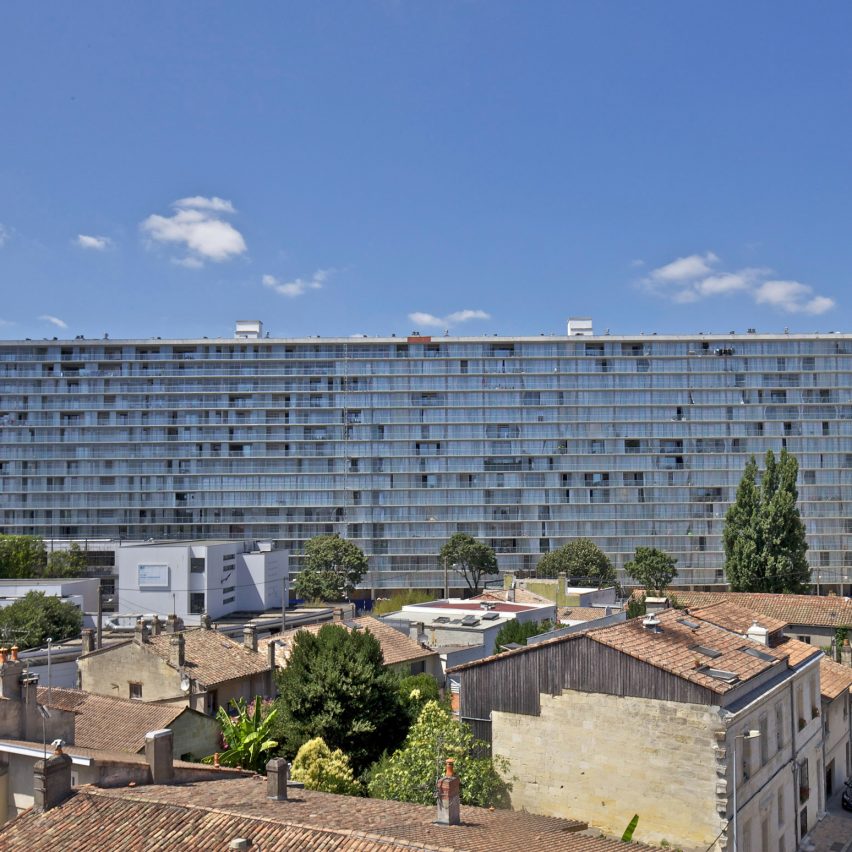 Finally, a major architecture award has been given to a studio best known for refurbishments. French architects Anne Lacaton and Jean-Philippe Vassal who have clinched the 2021 Pritzker Prize, are invigorating winners because so much of their finest work is in retrofitting, an environmentally critical practice that is rarely celebrated by mainstream design awards.

Most of Paris-based Lacaton & Vassal‘s best projects – refurbishing a 16 storey tower with cantilevered winter gardens, a similar upgrade of three social housing blocks in Bordeaux, and extending an industrial building to make an arts centre in Dunkerque – weren’t built from scratch.

Their ingenuity instead comes from the extraordinary technical creativity at play in refurbishing each existing building, which when combined with the practice’s unrivalled gift for detailing steelwork, gives them a gently industrial personality and immense social, and environmental value.

Long-term care of the built environment is by far the most important, but least celebrated aspect of contemporary city-making

Awarding the Pritzker, arguably architecture’s highest honour, to a team so synonymous with refurbs marks an important shift in the values of wider architectural culture. It is a move that should pave the way for a better generation of architectural prizes less seduced by shiny new buildings and able instead to celebrate the underappreciated but ecologically and socially essential work of caring for and upgrading architecture over time: urban stewardship.

Long-term care of the built environment is by far the most important, but least celebrated aspect of contemporary city-making. While many awards programs endorse new projects, almost nothing recognises the work and workers that look after those buildings once they’re complete.

Gongs are routinely handed to mediocre new buildings even as the outstanding architecture of yesterday is neglected and demolished. Repairing, refurbishing, retrofitting and maintaining the city goes largely un-championed and under-interrogated despite its central role in fighting the climate emergency.

It is often cited that architecture accounts for around 40 per cent of carbon emissions, but over the next ten years, only seven per cent of those emissions will come from the operation of new buildings. The vast majority of architecture’s carbon emissions come instead from heating and lighting existing buildings and the enormous energy expended across demolitions and new construction.

The most effective way to bring down the carbon emissions of architecture, therefore, is a combination of two core strategies: radically reducing demolition and new construction, while dramatically improving the energy efficiency of existing buildings.

Bringing architecture in line with planetary limits will depend on redefining city-making from a form of creation to a form of care. In this context, the architecture awards landscape is back to front. More and more we have been celebrating the very thing we should be doing less of – building from scratch.

According to the UK Green Building Council, at least 80 per cent of the buildings that will exist in 2050 already exist today. Focusing prestige, awards and attention only on new buildings misses the larger challenge of how we care for and cultivate the buildings we already have where most of our emissions lie.

The obsession with newness apparent from the industry’s awards programmes is not surprising. Architecture is addicted to newness in general. You can see it in the language we use to praise designers; “avant-garde”, “cutting edge”, “pioneering”, “contemporary” and “refreshing” – all these terms are at some level just synonyms for “new”.

The Architecture Foundation, for example, is about to publish its fourth book in a series with the word “new” on the cover. Last year the British School in Rome concluded a two-year public programme titled “Brave New World: New Visions in Architecture” – a series so enthusiastic about newness that it included the word “new” in its title twice.

Where are the awards for the real champions of ongoing urban care?

Critics too are guilty of constantly categorising practitioners’ work by inventing new names to describe clusters of comparable designers, amplifying a sense of novel stylistic movements always breaking fresh ground. In design, it sometimes feels like newness is venerated even more highly than goodness.

Lacaton & Vassal’s victory is a much-needed change of emphasis, but where are the awards for the real champions of ongoing urban care? Where are medals for outstanding janitors? Where are the Pritzkers for fantastic estate managers? These are the types of workers who deserve better recognition in the struggle to bring down emissions. Other awards models in different industries are better able to distribute credit among a wider community of contributors.

In Hollywood, for instance, there are not just Oscars for directors and actors but every discipline that goes into film-making; foley, costume, special effects and so on. This tradition of crediting every craft in the industry’s flagship awards programme chimes with cinema’s comparable commitment to naming every individual who has contributed to a movie in the end credits including drivers, cleaners and best boys as well as the celebrities.

It’s a stark contrast to architecture where the Pritzker, like most major design awards, doesn’t even namecheck the other architects at the winners’ companies, let alone the host of contractors, clients, engineers and other workers who have contributed to each laureate’s success.

Maybe architecture awards need to be more like the Oscars to better include all the professionals whose work contributes to the overall long-term success of projects. For example, a strikingly under-considered figure in contemporary city-making is the estate manager

Architecture awards need to be more like the Oscars.

Estate managers lead the upkeep and running of buildings across the city. Great estate managers look after complex campuses working with numerous designers, contractors and users to cultivate sustainable, vibrant places in which workers and physical structures are well cared for. Bad estate managers botch refurbishments, outsource cleaning and security contracts, mangle decently buildings with poorly-considered re-organisations and gradually grind down the quality of good architecture with a trickle of poor interventions.

Whether your office, university, school or workplace is an architecturally enriching one, is ultimately less to do with which architect built it in the first place, and more to do with which estate manager has been charged with its care since. Yet despite their power over the city, we do very little to critique bad estate managers when they deliver poor work, and even less to celebrate good estate managers whose creativity is often the difference between a dysfunctional building and a successful one.

It is time for architectural awards which enfranchise not just the designers of great buildings, but the many people who, like outstanding estate managers, contribute to their ongoing success. As the need to reduce carbon emissions across the construction sector challenges all urban professions, leadership in outstanding retrofitting, maintaining and nurturing of existing buildings is essential for confronting climate change and cultivating thriving communities.

As Lacaton & Vassal’s Pritzker win heralds, the future of city-making will not centre on new buildings but on long-term stewardship of the city, and so should our awards.

The post “Awarding the Pritzker to a team synonymous with refurbs marks an important shift in architectural values” appeared first on Dezeen.