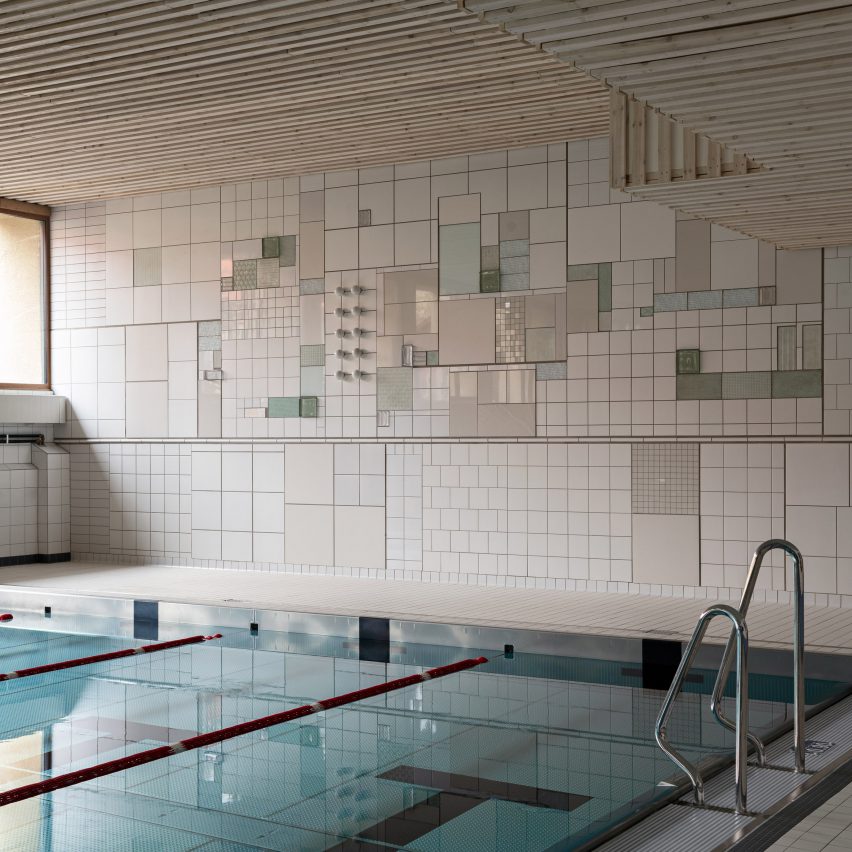 Swedish design duo Folkform has installed a mural composed of over 1,000 individual glass and ceramic pieces in an indoor public swimming pool in Spånga, Stockholm.

The mural was commissioned as an art installation by Stockholm Konst, a municipal fund for public art works, and inspired by Spånga’s town plan.

Its pattern forms an abstract visualisation of the town seen from above and was created from a collage of different materials. 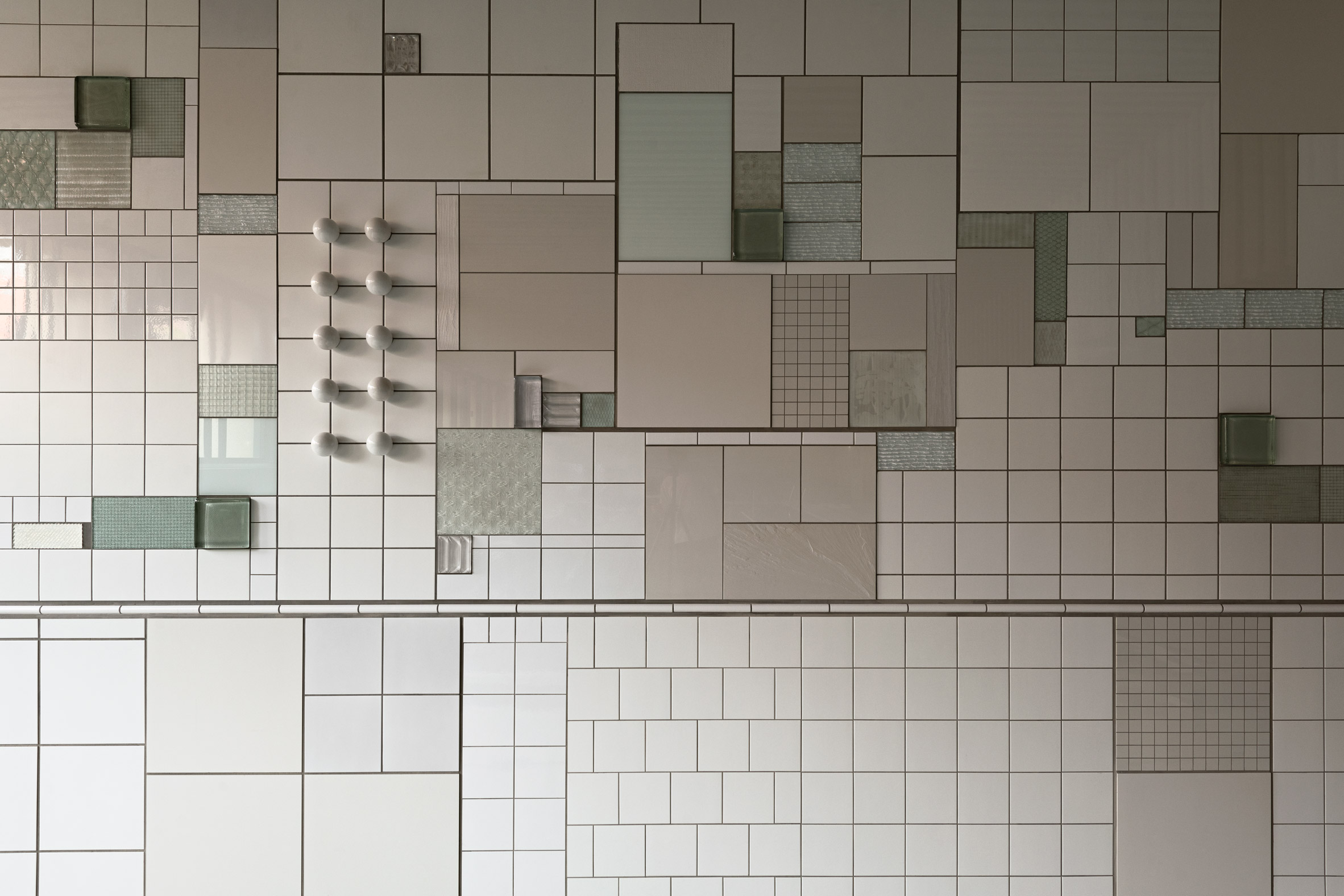 “The composition is reminiscent of a topographical map with its town square, a tree-lined avenue, the train track and train station,” Folkform co-founder Anna Holmquist told Dezeen.

The studio sourced different utilitarian materials, including glass brick, clinker bricks and ceramic tiles, for the mural, which is ten metres long and four metres tall.

Installed by hand over three weeks, the tiles and bricks were juxtaposed with pieces of handmade glass dating back to the 1950s that were sourced from the Orrefors glassworks in southern Sweden. 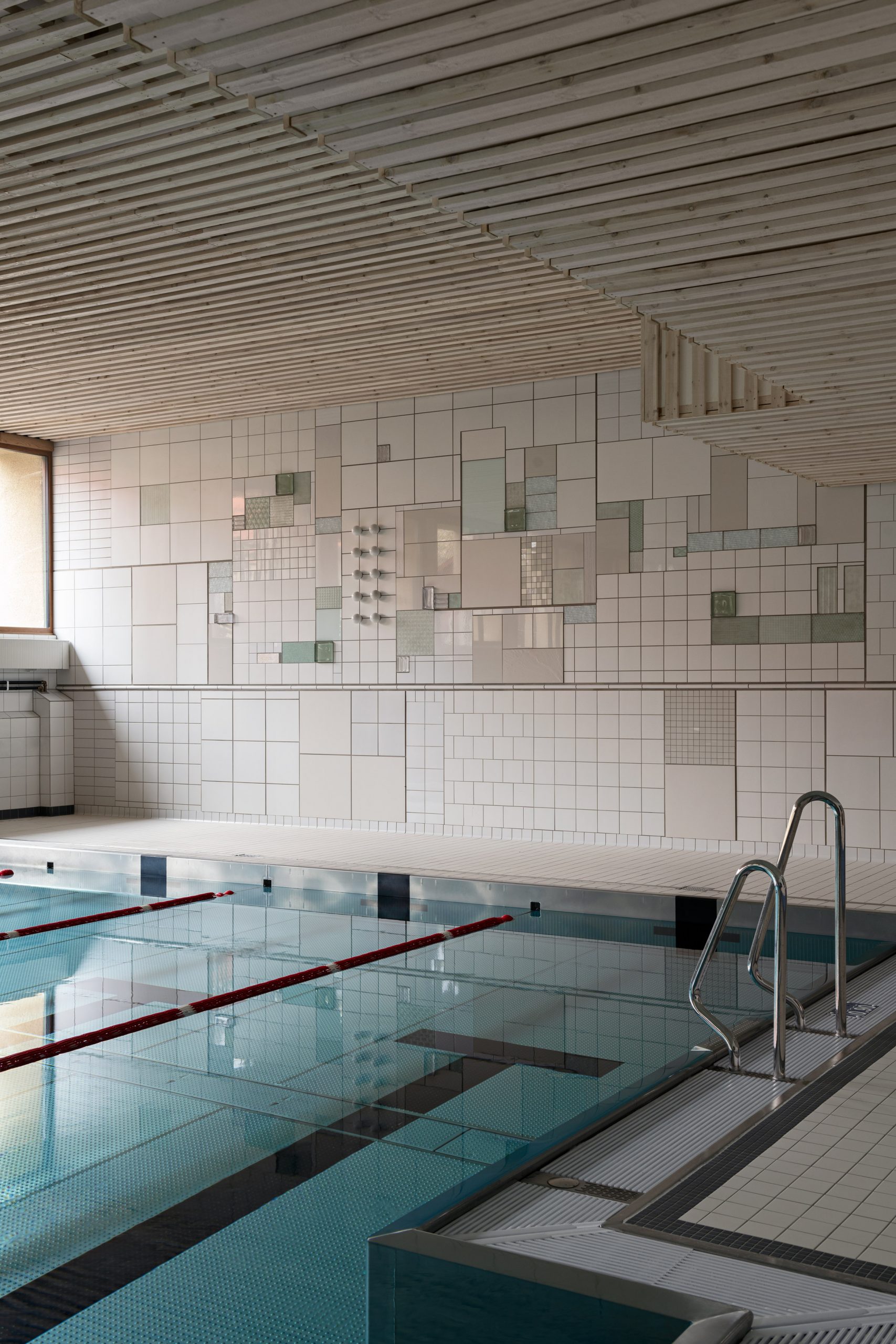 The pale pastel green, blue and beige hues used for the mural complement the subdued colours of the 1960s building, as well as the blue tones of the pool.

Folkform intended the installation to be an abstract artwork that people could rest their eyes on while exercising.

“All the different materials have a gentle white or transparent shiny finish, allowing reflected and refracted light from the windows to dance across the surface,” the studio said.

Folkform also aimed for the project to draw attention to the practice of reusing materials.

“Instead of manufacturing all new materials for the project, the glass represents a creative practice of reuse and the tiles and bricks are an instance of employing industrial ready-mades,” Holmquist said. 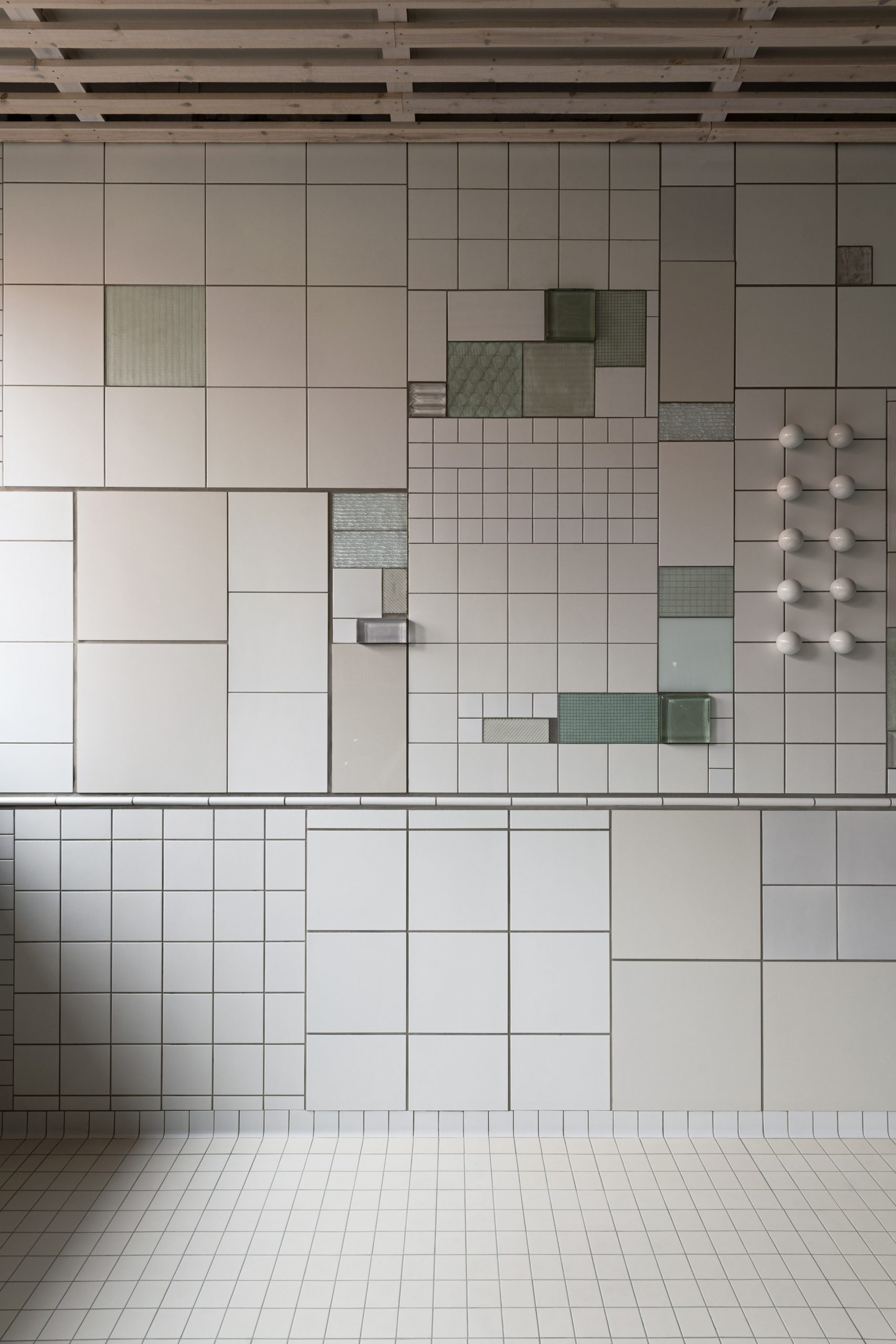 “It is utilising old ornamented vintage glass and new pressed glass prisms that were going to be discarded, bringing them back to life,” she continued.

“It’s important to inspire this practice within such a public setting, as it prompts people to think about the practice of creative reuse and recycling in their own lives.”

Folkform was founded in 2005 by Holmquist and Chandra Ahlsell. The studio and has previously designed bookcases to make physical books more desirable.

Photography is by Erik Lefvander.